What Is Social Media

Social media is a computer-based technology that facilitates the sharing of ideas, thoughts, and information through the building of virtual networks and communities.

Users engage with social media via computers, tablets, or smartphones on web-based software or web application, often utilising it for messaging/chatting.

While the importance of using the social media is inexhaustible, we would also make mention of its demerits as how it causes depression for teens and youths which make it’s most users.

Depression is a mood disorder that causes a persistent feeling of sadness and loss of interest.

It is an emotional state that is marked by feelings of low self worth or guilt and a reduced ability to enjoy life.
Depression affects an estimated one in fifteen adults in any given year, and one in six people which experience depression at some point in their life.
The number of people suffering from depression has increased by almost 50% from 1990 to 2013 with chances of an annual increase.

The origin of social media depression sterns from the fact that more often than not, these social media users fail to realize that life is not all what it looks on the internet.

Thereby trying to live a pseudo life without considering the consequences.

The world of social media provides easy access into people’s lives to know what’s happening with then and know the latest with them. This kind of technology will only grow more pervasive.

A lot of people have maximised this opportunity to hide behind their screens to connect with people in order to abuse their existence; behaviors such as body shaming, cyberbullying, slandering, and character assassination among others.

Unfortunately , it is easy to send someone a hateful message while sitting at home in your room than to say it to their face. Social media has made it more easier for people to be indecent to each other.

READ MORE: How To Make Money From Social Media.

These bad behavior by youths and teens have l ed to many cases of social media depression that we have today.

Symptoms Of Social Media Depression Include:

1. Reduced interest in activities that was previously enjoyed.
2. Loss or increased sexual desire.
3. Difficulty in sleeping (insomnia) or excessive sleeping (hypersomnia)
4. Difficulty or loss in concentration.

1. Engaging in physical activities that could generate a sense of accomplishment such as learning a new skill and developing a talent.

2. Observing internet free hours— intentionally staying away from social media for a while.

3. Training your mind not to be intimidated by what you see on social media as they are synthetic.

5. Hangouts/games/strolls are also encouraged to relax the mind.

The undying urge to be accepted and recognized online leads to unwanted disbelief on one’s potential and capability.

Depression is real and it’s not a respecter of persons, with early detention, observation, proper diagnosis and treatment, it could be overcomed. Protect your mental health at all times —Breathe.
Post Views: 33
Tags:Social Media, Social media depression 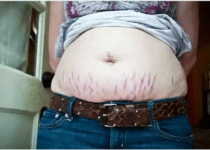