9 Ways To Know If A Guy Likes You

How do you know if you like or love someone? There are signs right? Today we would be talking about how to tell if a guy likes you.

When a guy likes a girl, he can’t help but shows how he feels. He can’t just suppress that feeling or emotions. Unlike girls, they can hide their feelings from a guy they like without showing it.

READ: Signs The Person You Love Loves You Back

So, what hints do guys give you when they like you? Or how do you test to see if a guy likes you? To answer that question, here are some guy code to know if he is into you and how to tell if a guy likes you. Read on!

Interesting right. I know most guys have eye contact with any girl they see either at the mall, on the street, in market place and thereabout. But any guy who always keep a long stare at you in such an amicable way, is surely into you.

Guys keep eye contact with most girls but if it is becoming frequent, then it’s a shot. If he tells a joke or says something funny, his eyes will glance towards you to see if you’ve laughed.

If he looks away quickly when you catch him looking, he’s probably interested and shy. This is especially important to remember. If his head turns ridiculously quickly, he is likely shy. Have patience and you’ll get more opportunities for eye contact!

Both boys and girls possess this sign. Most times body language is one of the signs on how to tell a guy likes you. When I guy start smiling at you or when he tries to do something to impress you, then he definitely likes you.

When a guy likes a girl, he feels uncomfortable or unnecessary awkward around you. Either he suddenly goes dump or he talks less. Whenever he touches his hair or neck when talking to you, he might just be into you.

When a guy put in more energy and new style in dressing when you are around means he is probably into you. When I guy looks smart and well dress when he visits you, it is a big sign.

4. His Friends Knows You

A guy’s friend might know a couple of his female friends but when you hear them chatting with your name or maybe when you are in a lecture hall and they keep on looking at your direction when chatting, then he might be into you.

When his friends smile or leave the premises in a funny way when you are approaching them, it means they know his crush is coming. Interesting right!!!

5. He Compliments You Always

When a guy always compliment you or tell you how nice your outfit looks all the time, he might just be fully into you.

Guys sometimes compliments random girls but when this guy compliment you over and over, then he might just be into you.

It could be unique tidbits about your personality, or he could notice subtle changes in your hairstyle.

In fact, sometimes it may not even be a compliment, but the fact that he have noticed that you’ve changed your hairstyle or used different make-up.

SEE: How To Ask A Girl Out And Get A Yes

If he notice, it means he is paying attention to you, and he probably like you.

Also, not many guys are great at giving compliments, so keep your ears out and notice when he says something that could even be remotely viewed as a compliment.

If you’ve noticed that he doesn’t really compliment others, then he probably likes you.

6. Makes Effort To Talk To You

Guys won’t just force serious conversation with someone they don’t like. So when he try to talk to you at any slightest opportunity, then it is a go go.

7. Gets Jealous When You Talk To Other Guys

He get jealous when he sees you talking to other guys. Either he walks away or he becomes unnecessary angry.

He likes you and he wouldn’t want to trade you for anything but he doesn’t have the courage. The next time you speak to him, he may appear angry or disgruntled. This is a clear sign that he’s jealous.

And don’t worry, as soon as you signal your interest with a nice, beautiful smile, I’m sure he’ll come around again.

When a guy like a girl, he looks for any slightest opportunity to tease her. Like saying some funny jokes about you or looking for your trouble playfully.

SEE: How To Ask A Guy Out: 7 Working Ways For Girls

Remember, some guys will do this a little awkwardly, and they might not be very good at it. They might even insult you.

But there’s no need to get insulted. After all, they’re just trying to let you know that they like you!.

It is so difficult for a guy to remember most things a girl tells him( even me) but when a guy remember those little things you told him about yourself, maybe your birthday or the names of your siblings, then he is into you. He’s thinking about you. He wants to stay connected and develop rapport.

Most people, let alone guys, wouldn’t do this, so see it as a sign that he has genuine feelings for you.

Over Texting: How To Tell If A Guy Likes You

1. When He Replies Your Text Immediately

A guy maybe be on various social media at a time but when he respond to your text immediately, then know you are really special.

2. He Text You First

Generally speaking, it’s usually a bad sign if you’re the one that’s always starting conversations with the guy you like. In fact, that’s usually how to know if a guy is not interested in you through text.

It also means the opposite is true. If he’s the one who usually texts first and initiates conversation, it’s because he likes you and wants to talk to you more.

When he teases you when texting, either in a funny way or jokingly, then he likes you.

4. He Uses Emoji Most Times

When he use emoji to reply your text. Either happy emoji, in love emoji, then he likes you.

If a guy really likes a girl, he’s going to be really worried about seeming too desperate.

That means he’s going to avoid texting lots of times in a row without getting a text back.

READ MORE: Why Does He Keep Me Around If He Doesn’t Want A Relationship?

A guy who wasn’t that into you or thought of you as a friend might not be so worried about looking desperate in front of you, and so might send a bunch of texts in a row.

But a guy who’s trying to “play it cool” because he likes you is going to avoid that – so if he doesn’t text you until you’ve texted him back, that’s a good sign.

This and many more are signs on how to tell if a guy likes you. Thanks. 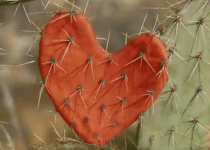 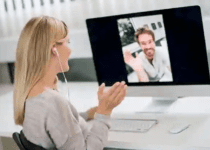 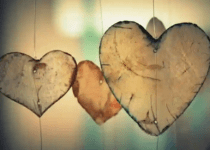