Mark Zuckerberg rebranded his company’s name from Facebook to Meta, at the 2021 annual edition connect conference, describing meta as a company that builds technology to connect people. But regardless of this change, the social media app facebook will still retain its name or better known as Facebook Meta. 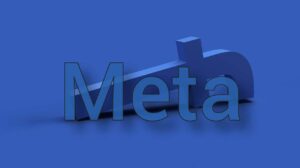 Facebook Meta CEO Mark Zuckerberg illustrates the future of the social network, which will become a virtual world.

Mark Zuckerberg lays the foundations for a virtual world where you can communicate, play, have fun like in the real world, but without limitations. It is called metaverse, and it was officially launched at the opening of the eighth edition of Connect.

What is the Metaverse?

The metaverse is a virtual space where you can create, design and explore what you want with other users without being together physically. The term “Metaverse” was introduced in 1992 by Neal Stephenson to describe a virtual world where people find refuge from illusions and violence in the real world.

Zuckerberg, in this illustration, presents an avatar dressed like him in a house that is made of pixels, then he plays a game of cards with other avatars and a virtual robot.

The environment looks a little Immersed,
But in all we will be able to feel the presence of others as if they were there, their body language, their expressions, we can invite people to our virtual house and have meetings, the house could also become an office and gaming is also an important part of the metaverse.

Zuckerberg announced that the Horizon Worlds (virtual world) was the beginning, and the professional collaboration platform in virtual reality is now expanding, also integrating Webex, Slack and other apps, as well as new virtual spaces. You will be able to log into this virtual world with a specific account ‘Facebook Work”. There will be Horizon home, Horizon world, Horizon workrooms and a Horizon marketplace in the virtual reality setting.

The commitment is huge; 50 million dollars is currently the budget for creators who create content on the platform, complete with courses and certifications. We have to build an ecosystem, says the CEO of Facebook, “We expect to invest several billion dollars for a few years into this project, and we will allow everyone to participate”, it will be possible to furnish the apartments in this virtual world with NFT or change an avatar virtual clothes.

For those who attended second life years ago, you may have already seen something like this, but if there is one person who can build a real business model in a virtual world, Zuckerberg has the data, the funds and the users to do it.

Facebook vision is all about connecting, and bringing people together, and the recent advancement in the virtual reality industry presents the opportunity to harness the metaverse to make social networks more effective by providing virtual spaces where you can work, play games, socialise interacting with your friends, family or colleagues like never before. What better name to lead this historical project than Meta. But the social media app facebook will still retain its name.

But regardless of all the incredible benefits this project could yield, some people believe that the announcement is a smokescreen to cover the problems that the company has been accumulating in recent times. Like the technical problems such as the recent ” down ” of the apps of the “Zuckerberg galaxy” (Facebook, Instagram and WhatsApp).

See More: What You Need To Know About Suddenlink Amarillo

Facebook stated that no company will own and manage the metaverse alone and that, it is like the Internet, its main characteristics will be openness and interoperability”. But if this will be achieved is still to be seen. 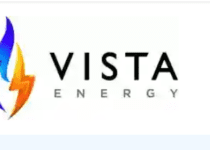