Skip to content
Home
Health
Autism: What You Need To Know About The Condition

Before now, many might have heard the word “Autism” and the meaning.  On the other hand some may be ignorant of the  word and anything that comes in between.

In the news making waves around the media, Nollywood Actor Wentworth Miller has revealed that he has been diagnosed with autism in a post to his Instagram.

According to him, the news came as a shock but not a surprise.

The Prison Break actor, 49, described the process of getting diagnosed as “long” and “flawed”, stating that he was treated like a five-year-old boy and not a middle-aged man

According to him,  he made emphasis, stating  that although he was sharing his diagnosis and his experience, he did not want to speak for the autism community as a whole.

“I don’t know enough about autism. (There’s a lot to know.) Right now my work looks like evolving my understanding,” he said.

“Meanwhile, I don’t want to run the risk of suddenly being a loud, ill-informed voice in the room. The #autistic community (this I do know) has historically been talked over. Spoken for. I don’t wish to do additional harm,” he said.

Having gone this far, now let’s take a look of what this word “autism” is.

Autism spectrum disorder (ASD) is a medical range of conditions that affect how somebody  communicate and interact with the world around him or her plus their interests and behaviour.

Known as autism spectrum disorder (ASD), it is a developmental disability.

An autistic person experiences their environment and surroundings differently to the average person. To this effect, it has impacts on their communication skills, and their ability to relate to others.

Actually, autism has not been termed as a disease. Therefore, being autistic does not mean you have an illness or disease.

Its a neurodevelopmental disorders (medical  condition) , which could come from a tender age as a baby. This implies you could be born with it or may appear when you’re very young. However,  those born with autism, there is a tendency  they would have it all through their lives.

According to the National Autistic Society,  In the UK, one in 100 people are on the autism spectrum, while approximately 700,000 adults and children are autistic.

It is more common for men than women to have ASD.

Those with ASD are generally diagnosed when they are toddlers, or between the ages of 6 and 12-years-old.

Awareness of autism is growing, with Hollywood films like Rain Main and What’s Eating Gilbert Grape introducing mainstream audiences to the complexity of the condition.

What Are The Causes Of Autism?

The cause of autism is not known, and genetic and environmental factors are believed to play a part. However,  research has been put to play to know the cause or causes of autrism.

But according to the UK NHS, it can affect people from the same family. Therefore,  likely it may be , sometimes  pass on to babies through their parents.

Autistic children would  choose to play on alone instead of in groups.

NB: Autism is not caused by the following :

2. Vaccines, such as the MMR vaccine

4. An infection you can spread to other people.

Signs Of Autism For Adults.

1. Finding it difficult to understand what others think or fecues.

2. Getting very anxious about social situations.

3. Finding it hard to make friends or prefer to be on your own

4. Tendency to engage in repetitive or routine behaviors.

5. Hard to say how you feel

9. Taking things  at face value – for example, you may not understand sarcasm or phrases like “break a leg”

10. Only participates in a restricted range of activities.

11. Difficulty maintaining the natural give-and-take of a conversation; prone to monologues on a favorite subject

How Does Autism Affects PeopIe?

You might have heard about the saying “Different strokes for different folks”. Autism  affects different people in different ways. Autism is a spectrum, so its  different for everyone.

Autism has been described as a spectrum condition. Hence, two people will not experience the condition in the same way as it has a variety of effects.

How Is Autism treated?

Autism is a life-long condition. However, early diagnosis and treatment can make a huge difference.

Some behavioural programmes can help children with ASD to communicate, and learn about social cues.

The family and loved ones of a person with autism can help them by understanding what they find hard day-to-day and accommodate for this. For example addressing a person by their name; minimising the stimulation in an environment, and patience can be important.

Treatments are available for the illnesses related to ASD, such as depression and insomnia. 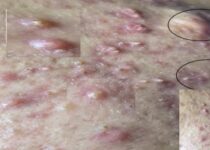 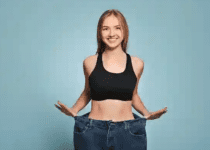 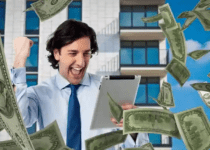