We are wearing the masks because it is mandated by the government. That is the reason. At least for a majority of the people I have interacted with. It was never about protection for the larger percentage of the populace, myself included.

This should not be shocking to anyone. Anyone in Nigeria. It is not shocking at all. I also believe that if people know better, they will do better or at least make informed choices. So I am playing my role by informing them. This is what is worrying me the most.

I have not heard government say if you do not wear we will flog you. But since it is government emphasizing that responsibility to most people there you have it. And for some people, government should make “face mark” available and share to them.

They wonder why government is not doing that.

We all need to take responsibility. People still do not wear anyway. Most people wear only when they have to. To enter the bank (taking it off soon as they are inside). Church (haven’t been in a while so I do not know how that plays out). Some public transport (I do not know much about this too). Basically only when they have to so that penalty won’t catch them. But once there is no such enforcement off goes the mask.

I feel next thing to do is to expand the ‘take responsibility’ campaign to include telling someone else – “Na your hand e dey, Who you don tell about Covid”?!

Perhaps if we can extract more co-operation and assistance one-on-one, we might get somewhere. It is now a case of survival, transparency, and distrust of the government. Coupled with the “government antagonized the people at the start of the pandemic” brouhaha.

Of course I was among those who supported the closure of churches at the inception of the pandemic, however very few are of the opinion that people would have more adhered to ‘safety’ guidelines if it had come from leaders they ‘trusted’ – religious leaders.

Something is not really adding up here.

Some folks says the first mistake was in shutting down religious gatherings as a first point of call of this fight which rubbed many congregants the wrong way as it became a case of “they are trying to stifle our faith” rather than, “We are doing this to protect you”.

This is because the average Nigerian person cannot suddenly start trusting the government that was ready to fly their top officials out if their borders were open. It is simply a case of failed governance communication about the Pandemic and its effect have been less than savory. Government must understand that people have lost trust in them.

Some said a few photos ops would have saved more lives and gotten more people to act responsibly. The confirmed cases became like “Livescores”, “there was no human face to it”.
Knowing the penchant of government to lie and steal, it became a case where the narrative became “Them dey exaggerate” the numbers or “Corona no dey Nigeria”.

However in my opinion, shutting down religious houses was one of the last ports of call before a full lock down. Clubs, schools, NYSC were shut down before churches. While we admit few ‘mistakes’ we made at the inception of this fight, we must not also try to rewrite the irresponsibility of the religious leaders who deliberately captioned it an attack against their faith.

Three months ago, I raised questions about these our isolation centers. Is that model sustainable? Rather than treating COVID-19 like one mysterious disease, why are we not stepping up to be able to democratize care? Do you believe this regimented approach will work forever?

The truth is, I have spoken to enough doctors to know that no one is looking out for them in this pandemic when it comes to PPEs and welfare. They are practically (O. Y. O) on their own!! COVID-19 is not going anywhere.

This charade of releasing foolish numbers everyday is just waste of time and energy. There are some persons that had samples collected and they have not heard anything in over one week. They should just sit around and be waiting?

We should move to care. Everyone should be able to access care somewhere close to them. It is that simple. As a society, we are building up herd immunity significantly. Other patients mustn’t die!

Look, for every child that dies because the hospital is not equipped to provide the required care; For every civil servant that loses someone because they do not earn a living wage to even care for their family;

For everything that is wrong with this country as it pertains the needless loss of life due to a dearth of basic infrastructure, the things these people procure with this loot will stand as a testimony against them.

I always wonder how our leaders sleep well at night. It is really baffling. Worst is how they rub it on our faces. Karma ‘fuckingly’ takes too long sometimes. It is time to reflect. 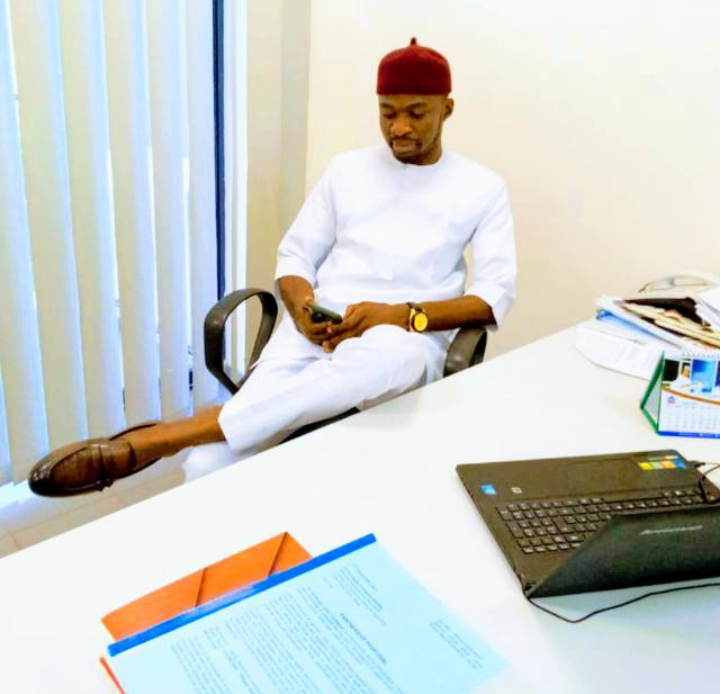 “NASS Jackpot And Our Docility”

Nigerians are responsible for the decisions they made