We compare our jobs, our homes, our cars and even our bodies. The more we compare ourselves to others, the more we feel like we are falling short of their standards.

But why? Why do we care so much about what other people are doing? Why do we try so hard to be like them?

The problem is that we rarely compare ourselves to people who are at similar stages in their lives as us. We compare our beginning stages to someone else’s middle stages, or vice versa.

We also compare our success to what we see on social media, which isn’t always an accurate representation of someone’s life — especially when you consider the number of likes and comments each post receives.

14 Reasons You Should Stop Comparing Yourself To Others

We’re all guilty of it. We see someone else doing something on social media, and we start to compare ourselves.

“Why does he have so many more friends than me?”

“Her business is booming, but mine isn’t.”

The list goes on and on. But you know what? Comparing yourself to others is a waste of time and energy. Why? Because comparing yourself can lead to feelings of inadequacy, jealousy, and even resentment toward others.

1. Comparison Is The Thief Of Joy

One of the reasons you should stop comparing yourself to others is because comparison is the thief of joy.

Everyone wants to be happy, but not everyone knows how to achieve it. It can be hard to find your way in this world, especially when you’re constantly comparing yourself to others.

Comparison is the thief of joy, as they say. Being envious of other people’s lives can and comparing yourself to them can make you feel like you’re missing out on something. It can steal your joy and happiness .

If you’re constantly comparing yourself to people who have what you want, then you’re missing out on living your own life.

2. You Will Never Be Them

Another of the many reasons you should stop comparing yourself to others I’d because you will never be them. No matter how hard you try or how much you wish it were true, you can’t be anyone else but yourself.

So, stop Comparing yourself with others.

3. You’ll Always Find Someone Better Than You

You’ll never win this game because there will always be someone better than you out there somewhere.

4. Comparing Yourself To Others Takes Away From Your Own Achievements

When we start comparing ourselves to other people, we tend to forget about all of our own accomplishments and successes that make us unique individuals.

Comparison keeps you from feeling gratitude for what you have now because it makes you focus on what others have instead (this is especially true when it comes to social media).

We need to celebrate these things instead of putting them down by comparing ourselves with others.

5. A Yardstick To Who You Are

Comparing yourself with other people is essentially saying that who they are determines how valuable or worthy you are as a person (which isn’t true at all!).

Everyone has their own unique gifts and talents that make them awesome just like everyone else does! So stop comparing yourself to others and start focusing on yourself instead.

6. Comparison Can Lead To A Distorted Sense Of Reality

Among other reasons you should stop comparing yourself to others is because comparison can lead to a distorted sense of reality.

When we compare ourselves to others, we often end up feeling like we aren’t good enough and that we aren’t enough in general. This can make us feel dissatisfied with ourselves and our lives, which can lead to depression or anxiety.

It can also make us feel like we’re not deserving of success, happiness, or anything else good that comes our way because it’s not “enough” for us compared to other people.

7. Comparison Will Stall Your Progress

One of the reasons you should stop comparing yourself to others is because comparison will stall your progress.

Comparison is one of the biggest enemies to success. It can hold you back and prevent you from achieving your goals. The reason for this is that when you compare yourself to other people, it makes it easy for you to feel like you’re not as good as them.

When we compare ourselves to others, we’re always coming up short, which means we’re never encouraged to push ourselves or improve on our skills.

Instead of looking at where we are now and what needs improvement, we become fixated on what other people are doing and how far ahead they seem to be in life.

This can lead us down a path of self-doubt and paralysis — which leads us straight back into comparison territory again.

9. Comparison Often Leads To Jealousy And Resentment Toward Those Who “have it better”

The truth is that there’s no such thing as having it better than anyone else; everyone has their own challenges that make up their unique story.

Even people who seem like they have it all together aren’t immune from challenges or setbacks in life! So instead of focusing on what others have or haven’t done yet (and why they should feel bad about it), focus on your own goals because comparison can lead to jealousy and resentment.

10. Comparison Is A Waste Of Time

This is because the person who you compare yourself with might be in a totally different stage of life than you are. They might have been born into a wealthy family or they might have had an easy ride through school (or both).

The point is, they’re not in the same place as you are right now so there’s no point in comparing yourself to them.

10. It Doesn’t Actually Help You Accomplish Your Goals

Comparison is one of the biggest killers of motivation and creativity. It causes you to lose motivation because it makes goals seem unattainable.

It stops people from reaching their full potential because they’re too busy comparing themselves to others instead of focusing on their own goals.

Comparing yourself to others is a sure fire way to get depressed, and it’s something that we all do.

Comparison can lead to depression and anxiety if you’re constantly feeling like a failure compared to others’ successes on social media.

SEE: What You Should Know About Social Media Depression

If you’re constantly comparing yourself to others, chances are you’re going to feel bad about yourself. And it’s possible that over time, this will lead to depression or anxiety.

12. It Makes You Feel Inferior

Comparing yourself with others can cause you to feel inadequate or inferior because you’re not living up to their standards.

The truth is that no one lives up to the unrealistic expectations we set for ourselves or other people set for us.

Stop comparing yourself to others because no body is perfect. No one has a perfect life. You should instead focus on your own strengths and weaknesses and learn how to improve them.

The truth is that no one is perfect and everyone has their own struggles in life. So why compare yourself to others? It will only make you feel bad about yourself.

It’s important that you don’t compare yourself with others because it can make you feel bad about yourself and lead to low self-esteem.

Insecurity is one of the reasons you should stop comparing yourself to others. Do you ever look at someone and think, “I wish I had their face.” Or “I wish I looked like them.” Or even “I’m not as pretty as her.” This is something that happens all the time, but it’s not healthy.

It causes us to feel insecure and self-conscious. And it can lead to depression if left unchecked.

We need to learn how to stop comparing ourselves to others and focus on our own beauty instead of what we lack.

Focus on you, and your own beauty. That means being proud of who you are and what makes you special — even if it’s just one thing.

Comparison is a natural form of human behavior. But when it comes to your own life, comparing yourself to others is not only unproductive — it can be downright destructive.

Comparing yourself to others is a recipe for disaster. It leads to envy, jealousy, and depression, which can have negative effects on your mental health.

It’s important to remember that everyone is different, and what we see on social media may not reflect reality. Some people post pictures of their vacations while they’re actually at work, or they might edit their photos before posting them.

When we compare ourselves to other people, we often think that we need to be like them in order to be successful or happy.

The trouble with this kind of thinking is that it leads us astray from our own unique path towards success and happiness.

The truth is that there are many different ways for people to live their lives; some people are suited for certain careers or relationships, while others aren’t.

And even if someone has achieved a certain level of success, it doesn’t mean that they have done so by following an ideal path — they may simply have been lucky enough to find something they love doing and were able to make a living out of it.

Don’t let other people’s opinions define who you are. Stay true to yourself, follow your heart and do what makes you happy.

Was this article on 14 reasons you should stop comparing yourself to others useful to you? I’d appreciate it if you could share it.

Keep visiting us at mynaijalite to get more information on lifestyle, relationship and tech. 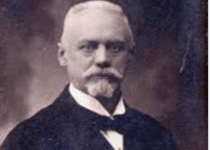 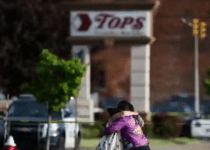