Skip to content
Home
Lifestyle/Relationship
10 Signs Of A Loyal Girlfriend To Look Out.

What do you think of when someone says “Loyal girlfriend?”

Have you ever been with someone that you are physically and intellectually attracted to but, you feel like its missing something?

It’s like there is a hole deep down that you didn’t realize was there. And I don’t mean the physical hole, its more of an emotional hole. It is that hole of loyalty.

Loyal girlfriend is the most important reward of a relationship.

One of the best things that can happen to a guy in a relationship is to have a loyal girlfriend.

A girl who is loyal to her boyfriend is a gem. She is the kind of girl that any man will want to have by his side.

Find out how to know if the girl is loyal or not. Is she really yours or not in this article?

Who Is A Loyal Girlfriend?

“What does a loyal girlfriend really mean?” She is the girlfriend who’s gonna be there for you no matter the circumstance.

A loyal girlfriend is the one who is always there for you. She will be there when you need her and she will never want to hurt you.

A loyal girlfriend is someone who would never cheat on their boyfriend. They are not afraid to speak their mind, even if it makes them look bad in front of others. They are confident in themselves and do not let others make them feel bad about themselves.

READ: How To Find A Loyal Woman: 16 Proven Ways.

A loyal girlfriend is someone who would rather spend time with her boyfriend than anyone else because she knows how much he means to her and that’s what really matters in life.

What Are The 10 Signs Your Girlfriend Is Loyal?

Loyalty is one of the most important qualities that a woman can have. It means that she is trustworthy, dependable, honest, and committed to her friends and family.

Loyalty also means being faithful to your boyfriend or husband. If you’re in a relationship with a loyal girlfriend, then you know how great it feels to know that she’ll never cheat on you or leave you for another man.

When you have a loyal girlfriend by your side, you know that she’ll always be there for you no matter what happens in life.

How can you tell if a girl is loyal or not? We will look at 10 signs of a loyal girlfriend

Here are signs of a loyal girlfriend that every man should find out:

1. She Sticks Around During Bad Moment.

A loyal girlfriend sticks around in bad moments. She stays by your side and supports you when things are not going great for you.

If you have a bad day at work, she will be there to cheer you up. If something goes wrong at home, she will be ready to help you fix it.

She knows that your problems are her problems too, so she does not leave when things get tough. A loyal girlfriend will stick with you no matter what happens in life and she’ll always be there for you when times get tough.

She’s there for you, through thick and thin. She’ll support you even when she doesn’t understand your dreams.

2. She Talks To You About Anything.

A loyal girlfriend doesn’t keep secrets from the person she loves even if it might hurt them in some way.

Because, it’s better than keeping them hidden from them forever and then having it come out later when they find out anyway when it could have been avoided if they had just told them sooner rather than later.

A loyal girlfriend respects and upholds boundaries in all aspects of her life; this includes respecting the boundaries of others as well as herself.

SEE: 9 Qualities Every Man Wants In A Woman.

She understands that boundaries are important for the healthy growth of any relationship and she is not afraid to use them. She knows that when she respects boundaries, it shows that she cares about the relationship and wants to maintain it

She understands that every person has their own personal space which needs to be respected at all times.

A loyal girlfriend also respects your privacy. She won’t go through your phone or emails without your permission — even if she suspects that something might be going on behind her back.

She Knows When to draw the line and will never cross it.

A loyal girlfriend would never cheat on her boyfriend because she knows that cheating breaks trust and ruins relationships.

She knows what it’s like being cheated on by someone else so she wants no part in hurting another person.

A woman who is loyal won’t flirt with other men while out at bars or clubs because she knows it will hurt her boyfriend’s feelings if he sees it happen right in front of him.

SEE: Why Do People Cheat On The People They Love.

If you’re out with your friends at a bar having fun and meeting new people, then that’s fine as long as you don’t flirt with every new guy.

So, a loyal girlfriend is trustworthy. She doesn’t cheat on her boyfriend or go behind his back with other guys. She keeps the promises she makes and does not break them.

5. She Introduce You To Her Friends.

A loyal girlfriend introduce you to her friends

When a girl introduces you to her friends, it means that she trusts you and that she is comfortable around you. It might also be a sign that she is falling in love with you. She’s proud of the fact that she has a boyfriend and wants to show the world how great he is.

If your girlfriend introduces you to her friends, it means that she thinks highly of you. She feels good about herself when she is with you because she knows that she can trust you and rely on you.

She also knows that her friends will like you because they like her and they will be able to tell how great of a person you are.

She knows that there is no point in lying to him because she wants him to know the truth about everything, especially when it comes to their relationship.

She’s not afraid to tell you when you’re wrong and she doesn’t keep her opinions to herself. She doesn’t play games with your feelings like a lot of girls do.

7. She Values Her Relationship With You.

One of the signs of a loyal girlfriend is that she values her relationship with you. She wants it to last and she will do anything she can to make it work.

ALSO READ: Signs That Your Girlfriend Has Lost Interest In You

She will spend time with you, and not just when it’s convenient for her. She will make time for you, even if there are other things she would rather be doing.

She will not cheat on you or lie to you because that is how she shows her loyalty. When she feels like she can trust you, she will open up about her feelings with you.

She will listen to what you have to say, without interrupting or arguing with every word that comes out of your mouth.

She won’t try to change too much about you either because she understands that you are who you are and no one can change that without destroying the relationship altogether.

The best way for a woman to show loyalty is by showing that she cares about what happens in the relationship with you, because if nothing else, then at least this shows a deep level of care about the relationship between the two of you and how it could affect both parties involved in the relationship itself as well as anyone else who may be watching from afar.

She values her relationship with you. She doesn’t take your love for granted or take you for granted. She appreciates all the sacrifices you have made for her and will do anything to show how much she appreciates it.

She should be there for you through thick and thin. She should love you no matter what, even if you don’t have much money or if you’re not the best looking guy in town.

A loyal girlfriend loves unconditionally because she wants the best for her partner and wants him to succeed in life without any obstacles or hindrances along the way.

She believes in him and supports him no matter what happens because she knows that he can do it if he puts his mind into it.

She also has faith in him because she knows that he has great potentials and abilities which can help her achieve her goals together as well as his goals too.

9. She Supports And Pray For You.

A loyal girlfriend is a great gift for anyone. She’s the kind of girl who will always support you and pray for you in all your endeavors to Succeed in life.

A loyal girlfriend knows that prayer is an important part of any relationship, so she prays for her boyfriend every day. This could be praying that he gets good grades in school or that he finds a good job quickly after School or to succeed in his business.

It doesn’t matter what kind of prayer you say; as long as it’s heartfelt and comes from the heart then it will be heard by God.

10. She Support Your Dream.

There are many signs of a loyal girlfriend, and one of them is

A loyal girlfriend supports your dreams. She understands that you have a life outside of her, and she is happy for you when things go well.

She doesn’t try to keep you from going out with friends, or from working on a project that could take up your time. She lets you know when she’s worried about something, but she doesn’t want to stop you from doing what makes you happy.

She is willing to put in the time and effort to help you achieve your goals and dreams.

Loyalty is a trait that you want to see in your girlfriend. If she is loyal, she will not cheat on you. She will always be faithful to you and look out for your best interest.

A loyal girlfriend will keep her word and not make false promises that she cannot keep. She will always be there for you in times of need and help you out when needed.

Loyalty is an essential characteristic of a good relationship as it keeps both partners happy with each other. It also helps them grow closer together and understand each other better which can help them build a strong bond over time.

READ MORE: How To Find A Loyal Man

A loyal girlfriend can be a great asset in helping you achieve success in life because she wants the best for you, even if it means that she may have to sacrifice something for it as well.

Loyalty is one of the most important traits in a relationship. If your girlfriend doesn’t have it, then she’s not worth your time.

Being a loyal girlfriend is something most men desire. But not every girl has loyalty and trust as her top priority. It’s not easy to find a loyal woman these days.

Signs of a loyal girlfriend are there, but you need to know what to look for. So, if you do happen to meet one who’s ready for commitment, then hold onto her tight. 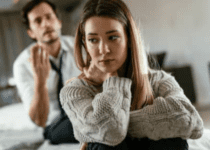 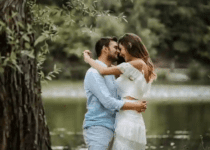